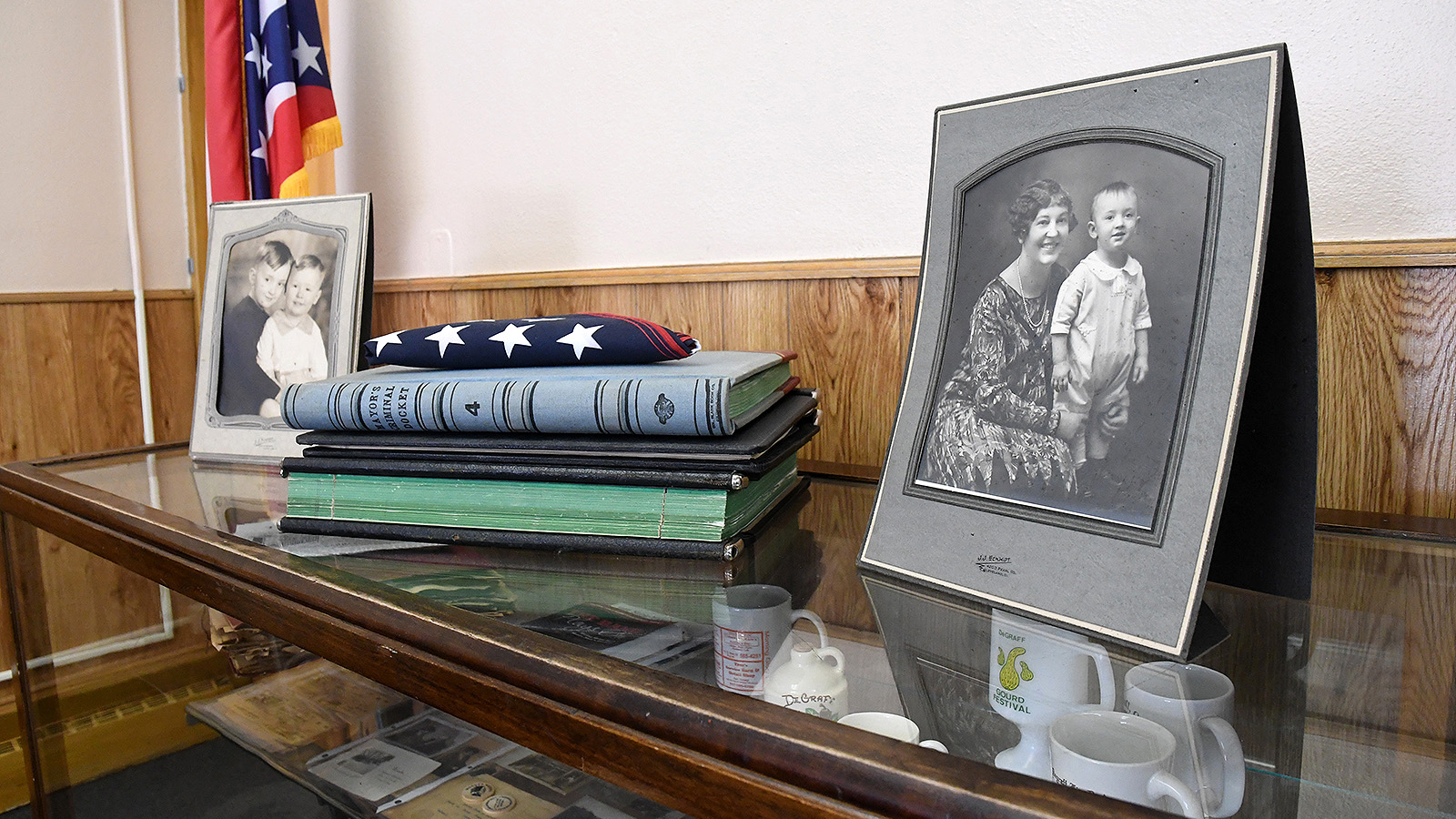 DeGraff, Ohio has an extended history with records dating back to 1700. Below is a timeline of historic events in DeGraff, Ohio.

1700 – Miami and Shawnee Indians come to the DeGraff area – they built their village, Old Town,” about one and a half miles southwest of present day DeGraff on Stony Creek.

1805 – Site of DeGraff, 503 acres, purchased by John Boggs of Pickaway County. Settlers move into the DeGraff area including George McCulloch who settles north of Old Town and Jeremiah Stansbury settles to the east.

1810 – Stansbury Mill finally operational. The mill is leased to John Provolt and disagreements between the men soon arise. The mill burns and arson is suspected.

1813 – 1st school in the area. The school was a log cabin with a roof covered with leaves and made solid by dirt.

1817 – Chief Lewis moves his tribe to the Lewistown Reservation after signing a new treaty.

1825/6 – John Boggs gave the DeGraff land to his son William who settled the land with his wife and child. Dr. James Canby moves to DeGraff from Lebanon, Ohio.

1828 – The Newmans, Leaches, Saylors, Kress’ Kinnans, and other families of The Methodist Society build a church four miles south of DeGraff, known as Olive Chapel.

1831 – Daniel Strayer moves his family to DeGraff from Virginia and opens a blacksmith shop.

1832 – Miami Township is divided in half, with the northern half becoming Bloomfield Township.

1848 – The Cemetery Association of DeGraff formed. Five acres of land was donated by the Murphey family and incorporated.

1850 – Col. Andrew DeGraff began surveying routes for the Bee Line Railroad, Col. DeGraff also surveyed the town site and it was named after him.

1852 – The railroad comes to DeGraff. The ladies of the town served a dinner for the railroad men and were treated to a ride on the new railroad. Over 200 people took part in the festivities. The 1st church in the village built, the Presbyterian Church of DeGraff, all denominations worship here.

1853 – 1st school in DeGraff, classes were held in a room over the old railroad hotel. Later the Catholic church was DeGraff’s first school building.

1861 – The 132nd Ohio Volunteer Infantry (OVI) was raised to answer President Lincoln’s call for volunteers to fight in the Civil War. The 132nd was primarily composed of men and boys from Logan County. The Cemetery Association adopts the name “Greenwood Cemetery”.

1864 – The village of DeGraff was incorporated and elected its first mayor, A.J. Lippencott. The Catholic Church is built and used as a school house.

1871 – Ordinance prohibiting the sale of beer, ale, and porter passed.

1877 – Land purchased for the construction of a town hall and the cost of constructing the Town Hall was $3,300. Improved sidewalks were ordered by the Town Council.

1887 – DeGraff drills for natural gas but finds little since the wells are ruined by saltwater. Village gets a No. 5 nickel-plated Silsby steam fire engine and hose for $3,750 and names it the William Boggs. Evangelical church is built.

1891 – The Creamery Company forms as a stock company. | FULL DETAILS |

1914 – DeGraff fire, over $100,000 in damages and the southern part of DeGraff’s business district was destroyed. | FULL DETAILS |

2020 – Covid-19 Pandemic begins in the United States forcing the closure of schools in Ohio (including Riverside Local Schools) on March 13, 2020 through the remainder of the school year.

The Village will be flushing fire hydrants next week. If you have any questions please call the Village office at 937-585-6632. … END_OF_DOCUMENT_TOKEN_TO_BE_REPLACED

Both of DeGraff's emergency warning sirens are currently not working. We are working to remedy the situation as soon as possible. Please watch local news stations and/or listen to WPKO for emergency weather announcements to make sure you and your family remain safe. We will continue to try and post … END_OF_DOCUMENT_TOKEN_TO_BE_REPLACED

The Village will provide the spring brush/limb pickup starting the week of May 16, 2022 through May 20, 2022. Guidelines: 1. Limbs are not to exceed five (5) feet in length and two (2) inches in diameter. 2. Piles of brush should be on lawns or close to the curb. (Please do not place over … END_OF_DOCUMENT_TOKEN_TO_BE_REPLACED