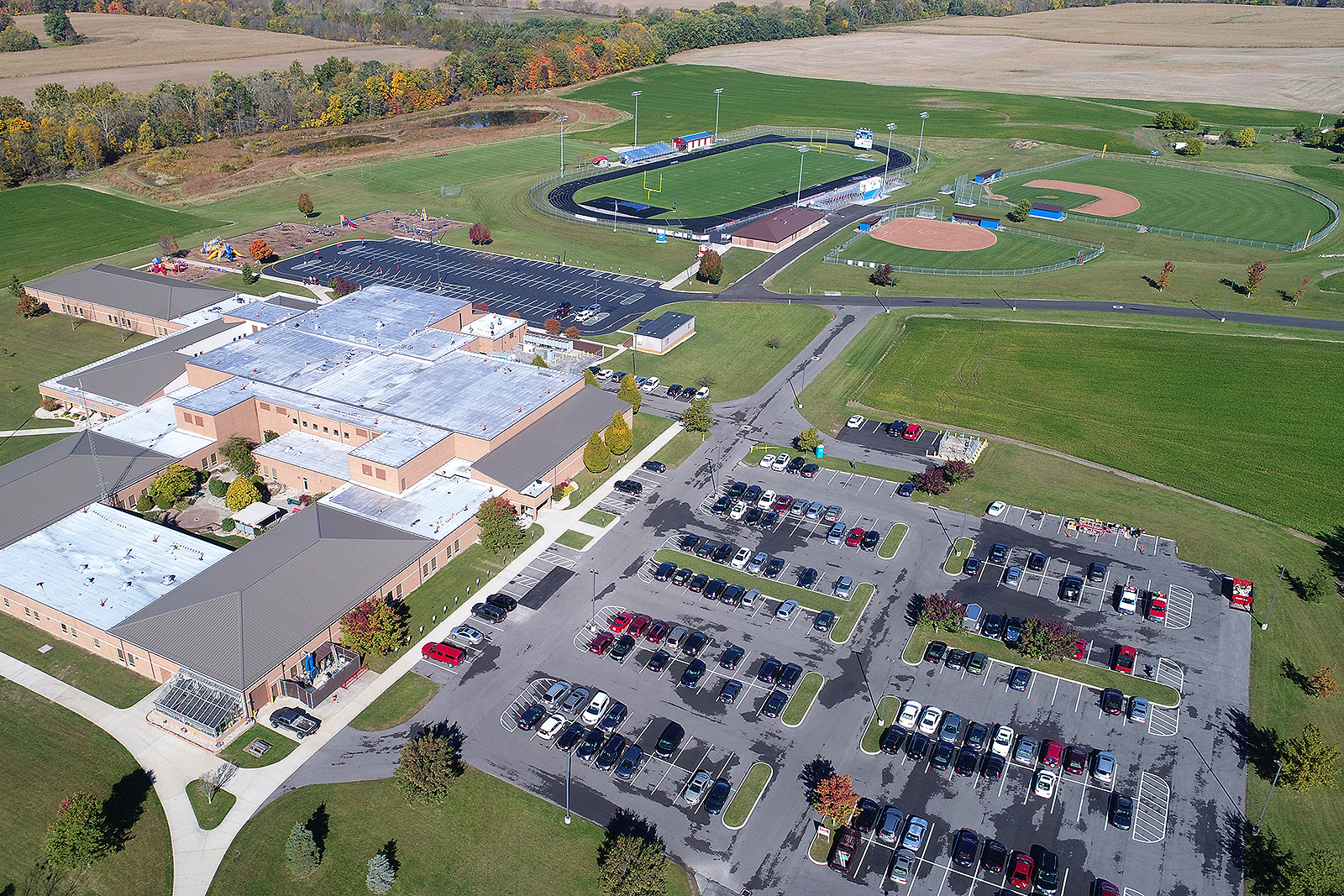 Riverside Local School District was formed by the consolidation of Quincy and DeGraff School Districts in 1960. The state of Ohio had revoked Quincy School District’s charter for having too few students, which resulted in the need for consolidation. From 1960 to 2002, the elementary facilities were housed in the former Quincy building and junior high and high school facilities were contained within the DeGraff building. Beginning with the 2002–2003 school year, Riverside Local School District merged facilities into a new building, which housed all grades, K-12. The building was built on district-owned farm land to the northwest of the former high school. All athletic facilities were replaced. The former elementary and high school buildings were demolished. As of the 2007–2008 school year, the district had 803 total students and 97 employees, 58 of which were teachers.

Both of DeGraff's emergency warning sirens are currently not working. We are working to remedy the situation as soon as possible. Please watch local news stations and/or listen to WPKO for emergency weather announcements to make sure you and your family remain safe. We will continue to try and post … END_OF_DOCUMENT_TOKEN_TO_BE_REPLACED

The Village will provide the spring brush/limb pickup starting the week of May 16, 2022 through May 20, 2022. Guidelines: 1. Limbs are not to exceed five (5) feet in length and two (2) inches in diameter. 2. Piles of brush should be on lawns or close to the curb. (Please do not place over … END_OF_DOCUMENT_TOKEN_TO_BE_REPLACED

Cell phone was found on Main Street. The phone is located at the Village building if this is yours. Must know case color to retrieve. Thank you! … END_OF_DOCUMENT_TOKEN_TO_BE_REPLACED